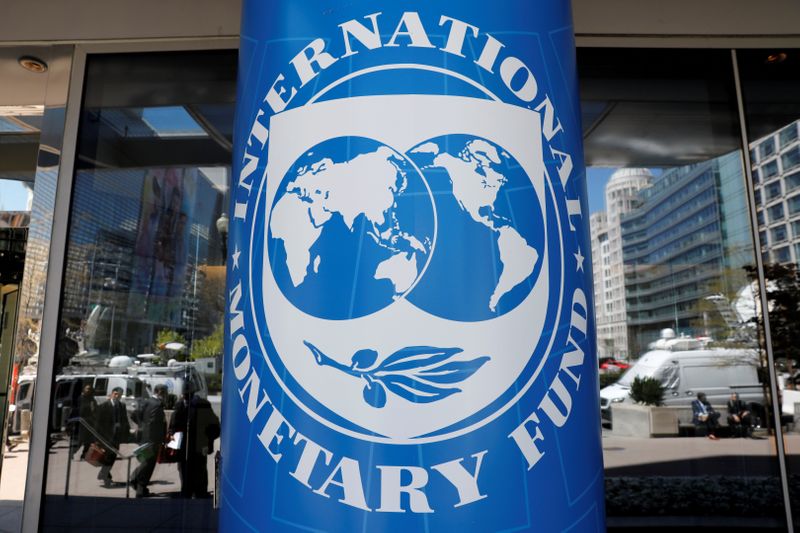 LONDON (Reuters) – Group of Seven finance ministers are expected on Friday to back a new allocation of the International Monetary Fund’s own currency, or Special Drawing Rights, to help low-income countries hit by the coronavirus pandemic.

We explain what SDRs are, how they are used and which countries could benefit the most.

WHAT ARE SPECIAL DRAWING RIGHTS?

SDRs are the IMF’s reserve asset, and are exchangeable for dollars, euros, sterling, yen and or renminbi. An allocation of SDRs requires approval by IMF members holding 85% of the total votes. Because the United States holds 16.5% of the votes, Washington’s view is decisive.

So far, the IMF has allocated SDR 204.2 billion, equivalent to roughly $285 billion.

HOW DO THEY WORK?

The IMF issues SDRs to its member countries’ central banks as a reserve asset – i.e., an asset they can easily exchange for hard currency with another central bank. Most central banks voluntarily carry out the exchange but, if not, the IMF has the power to decree who must accept the SDRs.

A new SDR allocation can be done very quickly. Once there is enough support among the international community, the formal IMF process only takes a couple of months. In 2009, the IMF officially proposed an SDR allocation to its board in early June and countries received their SDRs at the end of August.

HOW MUCH IS THE INCREASE LIKELY TO BE?

Official sources have told Reuters the United States has signalled it is open to a new issuance of $500 billion – a clear shift in position under the administration of new U.S. President Joe Biden. Germany and Italy also back a $500 billion issuance, the sources say.

Some reports, however, have suggested a larger SDR allocation of as much as $1 trillion in two tranches, one in 2021 and another in 2022.

Economists at Morgan Stanley (NYSE:) say there is a practical reason for the size of these proposals. The IMF does not have any specific limits on SDR allocations, but U.S. law limits the size of an SDR allocation that the Treasury Secretary can accept and vote for without pre-approval by Congress.

It cannot be more than the size of the U.S. quota in the IMF. This effectively limits the size of any single SDR allocation to about $680 billion.

WHO WILL BENEFIT THE MOST?

Since SDRs are allocated pro rata in relation to a country’s IMF ‘quota’ the distribution is heavily skewed towards the bigger and richer countries that arguably have the least need for it. The United States, European Union and United Kingdom alone would receive nearly half of the new liquidity.

One IMF expert has told Reuters that a $500 billion increase would deliver around $14 billion in added reserves to low-income countries and $60 billion to emerging markets more broadly. It could be much higher too if the richer countries lend on or donate some of their new SDRs.

Once divided out, a $500 billion increase would work out at the equivalent of 1.3% of emerging market countries’ annual gross domestic product, Morgan Stanley calculates.

There would be much bigger winners though. For Zambia or Suriname, which are both currently in default, it would be worth 5-6% of GDP.

A $500 billion rise would increase developing countries’ foreign exchange reserves by an average of 8%, from only 1% in the case of China to a significant 21-22% for Bahrain and Ecuador. Other countries that would also see more than 10% increases relative to existing FX reserves include Pakistan, Sri Lanka and Ghana.

Analysts at Citi calculate that a larger $650 billion increase would more than double Zambia’s reserves and increase Zimbabwe’s more than six-fold.

We are ‘not anywhere close’ to QE taper By Reuters