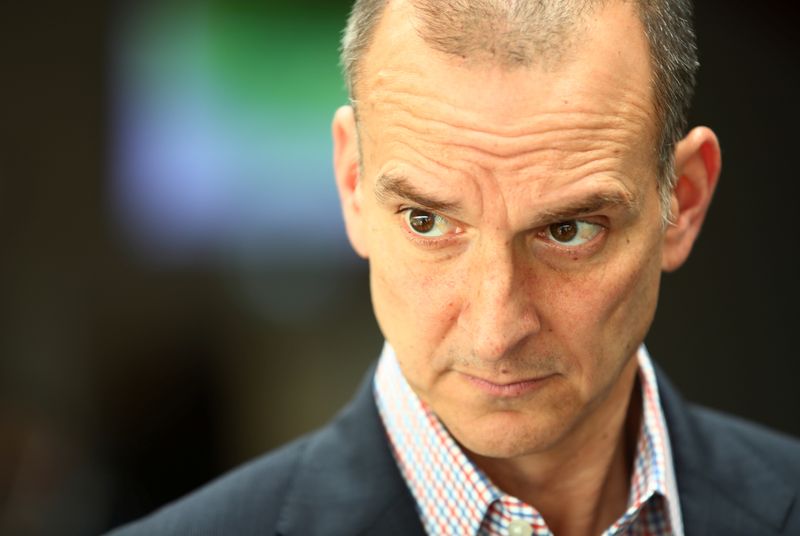 © Reuters. USDA CEO Tygart attends an interview with Reuters during the WADA Symposium in Ecublens

Part of a Hudson (NYSE:) Institute panel discussing how the Rodchenkov Act can help clean up doping fraud in international sports, Tygart praised the legislation signed into law on Dec. 4 by then U.S. President Donald Trump as a “game-changer”.

The Act was named after the whistleblower Grigory Rodchenkov, who helped expose Russia’s state-sponsored doping programme. It extends U.S. law enforcement jurisdiction to international sporting competitions that involve American athletes or have financial connections to the United States.

“I think it is going to be a game-changer both for athletes, for fans and sponsors,” said Tygart. “Hopefully sponsors will finally get the return on their investments, the value, to what they are paying for when it comes time to broadcast.

“NBC has paid several billion dollars to broadcast the Tokyo 2020 Games that will happen this summer into the United States and you go back to 2016, 2014, 2012 what they paid for they didn’t get.”

Investigations by the World Anti-Doping Agency (WADA) have recovered evidence of widespread Russian state-sponsored doping going back to the 2012 Summer Olympics. Scores of positive doping tests years after the London 2012 Games have resulted in many medals being stripped, most of them from Russians athletes.

Russian track and field athletes were banned from the Rio 2016 Olympics for doping, while Russia’s 2014 Sochi winter Games were tarnished by the country’s elaborate doping scheme to help their own athletes win more medals.

The 2018 Pyeongchang Winter Olympics, held under the Russian doping scandal cloud, were not included on Tygart’s list of tainted Games having unfolded without a major drugs controversy.

Russia, which has in the past acknowledged some shortcomings in its implementation of anti-doping policies, denies running a state-sponsored doping programme.

Tygart, however, warned that any business, sport governing body or country plotting ways to profit from doping fraud at future Olympics or major events will not only have to contend with WADA but the U.S. Department of Justice.

Pointing to the “FIFA model”, Tygart explained that those engaging in doping fraud can now expect the same harsh treatment dealt out to soccer officials caught up in the money laundering and bribery scandal that had dozens removed from office, fined or sent to prison from 2015 onward.

The Rodchenkov Act has provided the Federal Bureau of Investigation the hammer to nail those looking to profit from doping fraud.

“Organised crime will figure out any way they can to monetize variables associated with sports,” said Joseph Gillespie, Unit Chief/Program Strategist, Transnational Threats for the FBI. “We in the past have had to rely on some peripheral crimes to get to the group to stop their activities.

“Right now with this act this just gives us that huge hammer.”