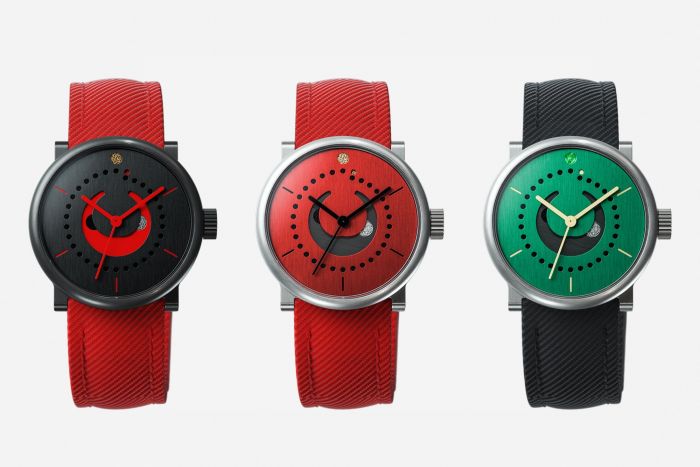 A small watchmaking venture started as an experiment continues to design watches that offer simple solutions and unorthodox displays for complex timekeeping functions.

This year marks the fifteenth anniversary of one of the longest running experiments in the watch business. Back in 2006, Ludwig Oechslin (of Ulysse Nardin fame and until 2014 curator of the Musée International d’Horlogerie (MIH) in La Chaux-de-Fonds) and his fellow Ochs und Junior co-founders asked the watch world a contrary question – if you could buy a watch with complications that were distilled down to their most basic level, would you? 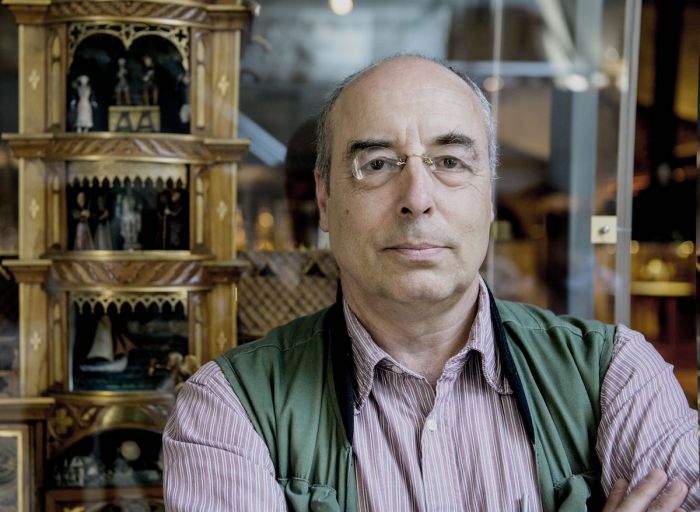 Then they took it a few steps further. What if the case was not polished, but somewhat, well, basic?

In other words, what if you could buy a watch conceived by one of the most famous watch creators of recent times, one that possessed marvelous complications that apart from the dial of the watch, remained hidden away beneath a solid case back?

In a world where watches are meant to be highly polished and eerily similar in look and feel, what if you went a different way? 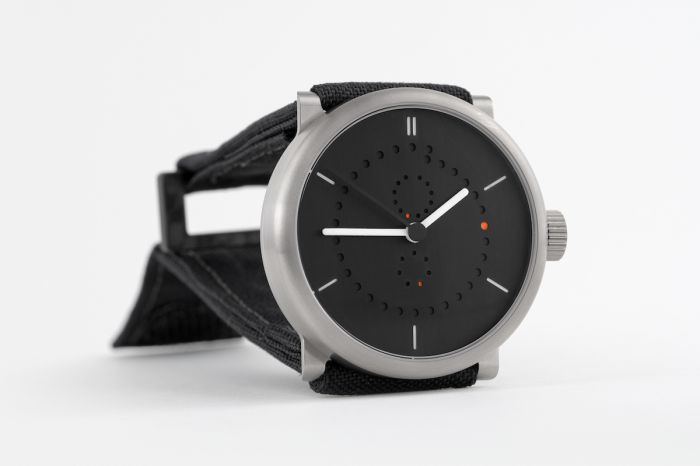 The famed 39mm Ochs und Junior Annual-Calendar. Check out this video of Ludwig Oechslin explaining the date spiral for his perpetual calendar, which is also relevant for his moon phase watch.

Fast-forward to 2021. While the experiment continues, it appears to be a resounding success with Ludwig Oechslin and Ochs und Junior continuing to swim against the mainstream. Here’s a short, three-part history of the idiosyncratic watchmaker.

This period involves Ludwig Oechslin, Beat Weinmann, and Kurt König (the owner of Embassy, the Lucerne-based jewelry store that Beat Weinmann was working for at the time). Ochs und Junior produced a very small number of esoteric watches. These were known to a small group of collectors. 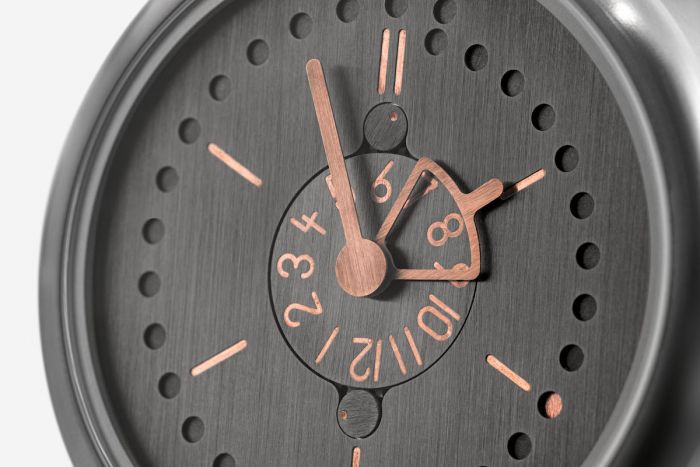 This was when Ulysse Nardin was brought in as a partner and Ochs und Junior set up shop in a studio space, a little bit off the beaten path in Lucerne.

In 2019, after a lot of thought and consultation within the family, Kornelia Imesch and Ludwig Oechslin bought all the shares of Ochs und Junior. But it is important to note that this was only done once it was clear that some of the “Junior Ochs” would join the company.  And to that end, it has been agreed that two of the younger Oechslins will be joining the team, which is now based in La Chaux-de-Fonds. 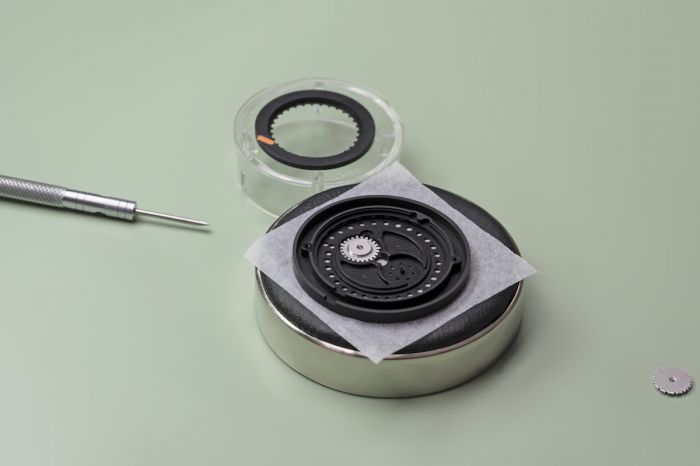 Ochs und Junior today is a family company, led by Dr. Ludwig Oechslin. The rest of the band includes Christian Gafner, who is head of brand and design, Violaine Baudouin, the marketing chief, and Louise Krank (a junior), communication designer.

The company’s watchmakers are Jost Schlatter and Masaki Kanazawa, who is a Master Watchmaker for Ludwig Oechslin’s special projects.

Ludwig Oechslin’s ideas will continue to set the tone moving forward, which is really what has made Ochs und Junior what it is today. As the company evolves, it continues to grow through experimentation. Below are some of Ochs and Junior’s most recent designs. 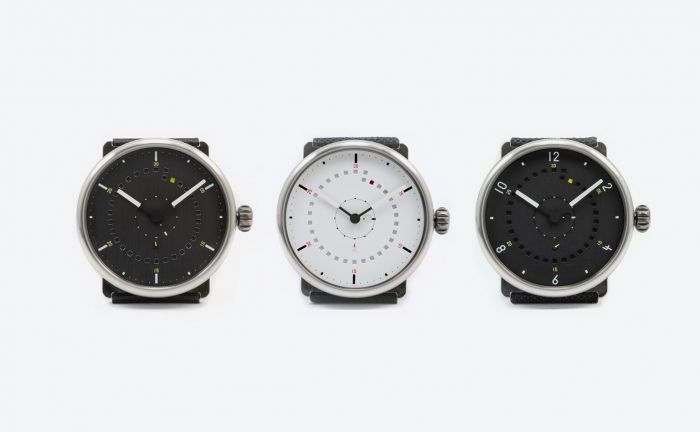 This 100-year calendar, designed by Ludwig Oechslin, features a dial with an indication of hours, minutes, and seconds in addition to the correct date, month, leap, or non-leap year. The 40mm watch is titanium and is powered by a Ulysse Nardin UN-320 automatic movement. The Arabic character or indices with hour/minute hands are coated with SuperLuminova. 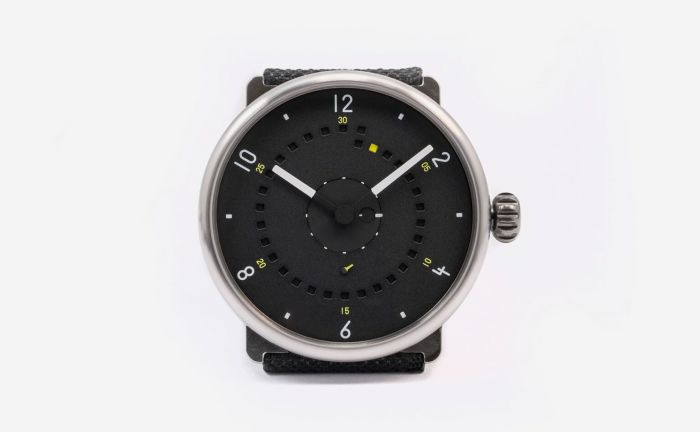 Here’s how it shows the time and date:

The dates (28, 29, 30, or 31 days of any month) are visible for 100 years, without needing correction for the length of any month (including February in leap years), and are displayed via a traveling, rectangular dot on the date spiral.

The month and leap years are on a central rotating disk. The leap year and the three following years are displayed on a decentralized disc, rotating together with the position of the month display. Finally, the central hour and minutes with the seconds rotating are seen on a small disk at 6 o’clock. 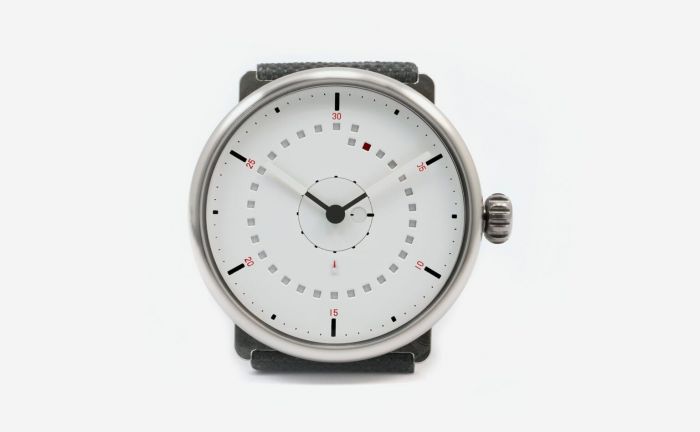 This watch is designed to help savor a favorite day of the week, allowing the wearer to set six “standard” days and one “extra special” one. It colorfully indicates hours, minutes, and seconds, and all seven weekdays by a clockwise rotating dot between 1 o’clock and 7 o’clock. 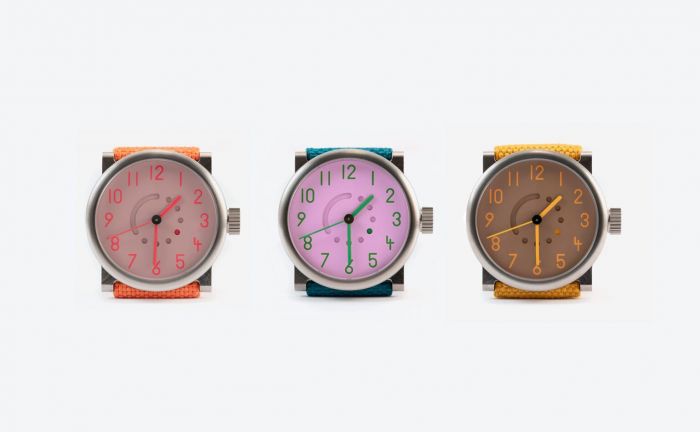 The trio of Settimana models. They colorfully indicate hours, minutes and seconds, and all seven weekdays by clockwise rotating dot between 1 o’clock and 7 o’clock.

The titanium-cased Settimama measures 36mm in diameter and is powered by a Sellita SW 200-1 automatic movement. The watch is available in three limited color versions of 11 pieces each. Prices start at CHF 3,046, or approximately $3,300. The new Moonphase Trilogy. All are 39mm and cased in titanium

This special edition of the Ochs und Junior Moon Phase is available for pre-order in three 39mm variations and can be purchased as a trio or individually. 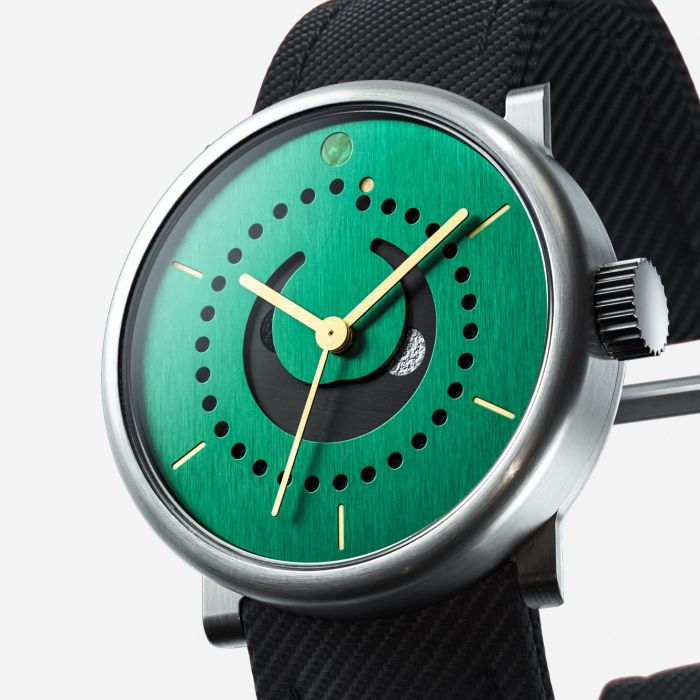 The 39mm moonphase Emerald Green model features a lacquered dial with black galvanized moon disk and golden markers and hands. It also features a jade-stone as the sun at the 12 o’clock position.

This emerald green watch will feature a jade sun at the 12 o’clock position. The straps are made from red or black textiles with a titanium buckle. Prices: CHF 7,400, or approximately $8,100. 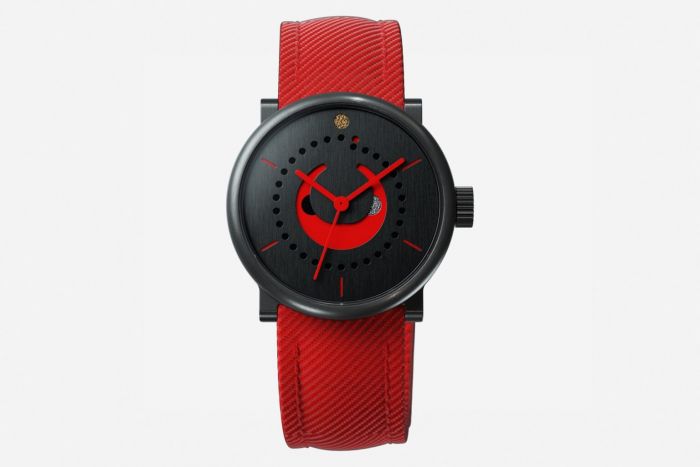 And there are more interesting developments to come, but suffice it to say after fifteen years Ochs und Junior is here to stay.